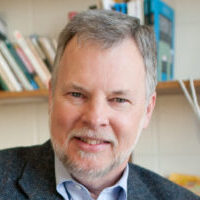 The author or editor of 14 books and more than 40 articles on the history and theory of rhetoric, the teaching of writing, and the preparation of writing teachers—most recently The Arkansas Delta Oral History Project: Culture, Place, and Authenticity, published by Syracuse University Press—Jolliffe has always connected his work to the arts, particularly to theatre. His office sponsored a program called SISTA (Students Involved in Sustaining Their Arkansas), which linked Arkansas High School students with University of Arkansas mentors as both parties develop proposals for community sustainability projects, and the Arkansas Studio Project, which offered arts-infused literacy-enrichment activities in secondary schools in Springdale, Arkansas.  He acts regularly with The Classical Edge Theatre Company, which offers free, outdoor productions of William Shakespeare’s works in Northwest Arkansas and throughout the state, and with the Northwest Arkansas Prison Story Project, which develops and performs original plays based on the writing of incarcerated inmates.  Recently, he initiated the Latin/x Youth Theatre Project and produced a new play called FOLLOW ME@TIO SAM.