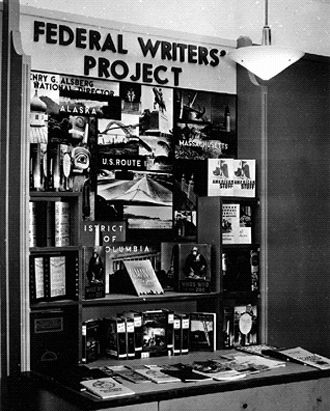 In 2021, Long Island University-Brooklyn hosted a virtual four-week Summer Institute for Higher Education Faculty from July 12 to August 6 on the Federal Writers’ Project, part of the New Deal’s Works Project Administration during the Great Depression. The institute explored the project’s history, accomplishments, and literary legacy as our country’s first government-sponsored public history program, particularly with respect to its mission to document underrepresented stories about everyday American life and its impact on African American literature. The program accommodated 25 participants, including at  non-tenured/non-tenure track faculty and advanced graduate students. Applicants from HBCUs, HSIs, and tribal colleges were strongly encouraged to apply. This Level 1 program was offered for the first time.

Arguably the nation’s first federally funded humanities program, the New Deal’s Federal Writers’ Project (FWP) put more than 6,500 writers, teachers, secretaries, and historians back to work during the Great Depression. It boosted the careers of many American writers who got jobs as federal writers and went on to become literary luminaries, including Richard Wright, John Steinbeck, Zora Neal Hurston, Dorothy West, Studs Terkel, Sterling A. Brown, Ralph Ellison, Anzia Yezierska, and Meridel Le Sueur. The FWP also collected more than 2,000 interviews with the last generation of formerly enslaved people and nearly 3,000 interviews with immigrants, women, factory workers, farmers, and others as part of the American Life Histories series.

With these legacies in mind, the institute will trace the history, accomplishments, and cultural legacy of the FWP. The institute offers participants a unique perspective on the emergence of documentary writing, government patronage of cultural preservation, and new documentary tools, including ethnography and oral history. In setting out to “tell America’s story,” the FWP reflects what psychiatrist Robert Coles calls the “documentary impulse,” an “eagerness to catch hold of, catch sight of, to survey and inspect, to learn and then convey to others what the eyes and ears have taken in . . .” (249). Key elements of the institute will include the FWP’s cultural legacy and impact on American literature—in particular, African American literature, featuring FWP writers like Richard Wright (Illinois Writers Project and New York Writers Project), Zora Neale Hurston (Florida Writers’ Project), and Sterling Brown (FWP Editor of Negro Affairs).

This online four-week institute will take participants on virtual tours of FWP federal, state, and municipal archives, consider art that was produced under the Federal Arts Project, and dive into the documentary, historical, and literary fruits of the project, including thorny issues of representation, editorial control, and political charges leveled against the Federal Writers by the early House Un-American Activities Committee, chaired by Senator Martin Dies. We encourage applications from those eager to learn more about the FWP whether you are steeped in its history or a relative newcomer to its remarkable legacy. Open to all who fit the NEH eligibility criteria, the institute is best suited for community college, college, and university teachers across the disciplines. Archivists, independent humanities scholars, and librarians are also encouraged to apply. Five institute spaces are reserved for nontenured and nontenure-track faculty; three for advanced graduate students. Faculty at HBCUs, HSIs, and tribal colleges are strongly encouraged to apply. 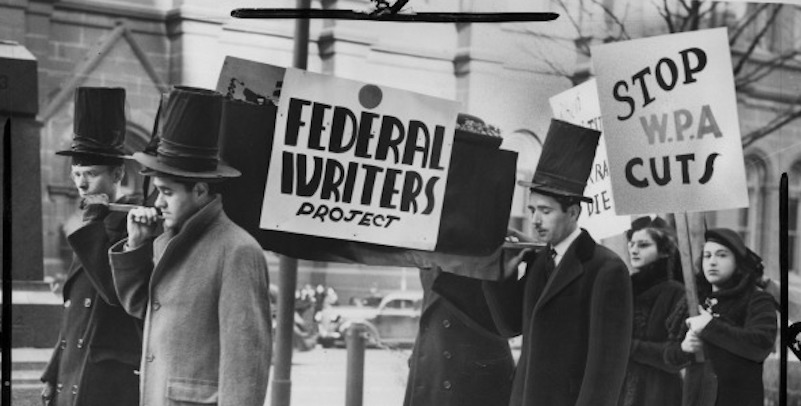